Ecuador is a small-sized, South American country rich in interesting culture and friendly people, making it an appealing wedding destination. This lovely country is surrounded by beautiful beaches, jungle, and jaw-dropping scenery, while tropical weather only boosts the beauty and overall experience. Since it is a very attractive location to tie a knot with your soul mate, today we will talk about customs and who pays for wedding in Ecuador.

The great thing about Ecuador weddings is that you can do it in beautiful sceneries, from beaches to more secluded locations near the jungle. The options are countless due to this region’s breathtaking wildlife and natural beauties. So without further redo, let us break down the ceremonies and customs of a typical Ecuadorian wedding. 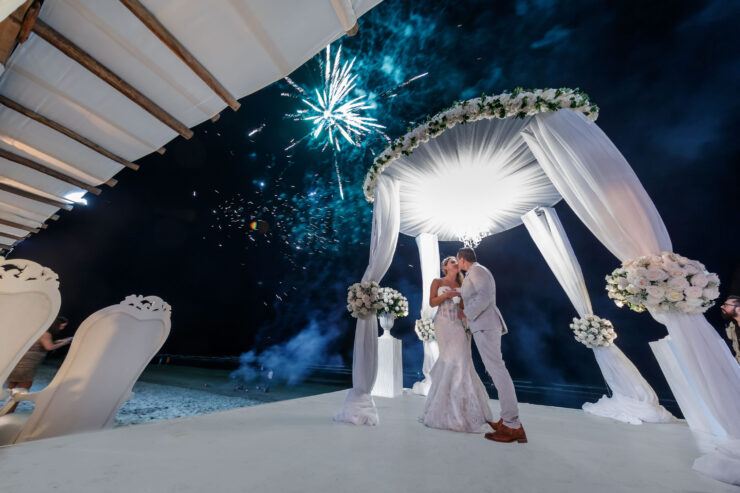 To fully understand the traditions and customs of Ecuadorian weddings, you need to be aware of the nation’s roots and history that were closely connected to the Inca Empire. The traditional Inca marriage customs were unique and very different from what is practiced worldwide nowadays.

Inca women were married at the age of sixteen, while men did it at twenty. Also, it was acceptable for men from a higher class to take more than one wife, while trial marriages were also a normal thing in the Inca culture and traditions. These weddings would last for two days at a minimum.

The first wedding ceremony would take place at the groom’s family house, while the second one was at the bride’s. During these traditional ceremonies, both the groom and bride were taught about their marriage duties by their families. After the ceremony is done, both get bound as man and wife and get washed by the holy water of blessing.

Some of these customs are still getting performed in Ecuador, but they are slowly fading, especially the washing part. After each ceremony, the guests and the newlyweds celebrate with food and beverages together. 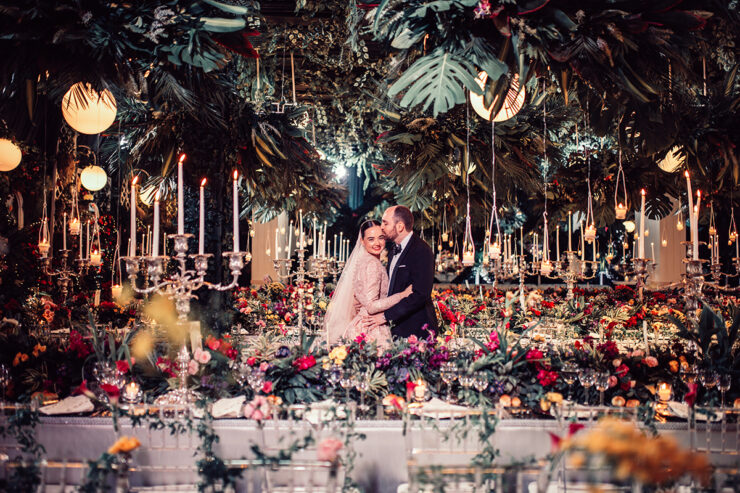 As far as the modern-day traditions for Ecuador weddings go, there are usually two different wedding ceremonies – the one in front of the judge and the one in front of the priest in the church. At the civil wedding, you go to the civil registry and get married there, while for some extra money, the judge can come to the place of your choosing and perform the ceremony there.

The church wedding is usually performed at night in front of the priest. There are no rehearsal dinners like in most western cultures. Also, at the wedding receptions, there are no bridal parties and bride and groom entrances. For the first dance, the bride dances the waltz with her father.

Speaking of dancing, it plays a very important role in Ecuadorian weddings as there is a lot of cheerful and tropical music, giving an upbeat vibe to the event. The planning for the wedding usually takes roughly six months, so you will have plenty of time to arrange the deals with florists, photographers, musicians, etc.

At the wedding in Ecuador, both bride and groom give their parents special presents that are usually related to their childhood. Similar to other South American cultures, at the wedding ceremony, the bride and groom each light one candle, and together they light the third before putting out the first two.

What Do Bride and Groom Wear at Ecuadorian Wedding? There is no special set of clothing that the bride and groom wear at Ecuadorian weddings. Ecuador adopted western style attire to a certain degree, so it is a white dress for the bride and a suit for the groom. This attire is common for a church wedding.

However, in a civil wedding, where the judge is present and performs the ceremony, it is common for a couple to wear formal attires, especially the groom. That being said, one thing that is constant is the bride’s bright long dress.

Who Pays for Wedding in Ecuador? Ecuador has adopted the US dollar as currency ever since the start of the millennium, and to pay for a wedding in Ecuador, you will need a considerable amount. Granted, the wedding in this South American country is not nearly as expensive as the ones in the United States, but still, the costs vary, so if you plan to tie a knot here, come prepared.

As far as the bride’s wedding attire is concerned, this is the cost that the bride’s family covers. They also pay for a veil, accessories, and trousseau (lingerie and honeymoon clothes). There are also situations where a couple lives together, and on such occasions, they tend to pay for their own wedding, or at least a bigger portion of the expenses.

Can Foreigners Get Married in Ecuador?

A foreign couple may wed in Ecuador, but they will require some additional papers and documentation to present to local authorities. All documentation needs to be presented in both your native language and the translated version. Typically, you will require a birth certificate, previous marriage certificates, and a certificate of marital status.

The marriage ceremony will be performed by the Ecuadorian Civil Authority after they check all the documentation and determine whether or not you are eligible to marry in accordance with the laws of the country.

Meals at the Wedding Receptions It is common to have a three-course meal in the Ecuadorian wedding setting. The type of dishes varies depending on the region, but typically, the meal starts with soup, which is a big thing in Ecuador, then moves on to a plate of meat and potatoes with some delicious local spices. Afterward, the guests move on to the third course, which is generally a plate with chicken steak. It all ends with a wedding cake, as is the custom in Western cultures as well.

Religious Ceremonies at Weddings in Ecuador

Same as in most South American countries, the main religion in Ecuador is Roman Catholicism. This means that the majority of religious weddings are performed in the church in front of the priest. You can also opt for a civil wedding which takes place in the civil registry.

Sadly, if you are a foreigner and want to try something different for your wedding ceremony, you will not be able to take part in the traditional Inca wedding, as it is reserved only for natives.

Exotic and beautiful, Ecuador is an amazing location, to say the most significant “Yes” in your life. With its rich culture and amazing scenery, this country is a highly attractive place for a wedding, and if you are considering performing a ceremony there, you will not end up being disappointed.

If you have any suggestions and queries you can contact us on the below details. We will be very happy to hear from you.